The Legend of Ko’olau is a historically-based play that follows a man named Ko’olau, a Native Hawaiian cowboy who in 1893 resisted laws that would force his son and him to be shipped to Kalaupapa – a remote Hawaiian peninsula with the largest settlement for leprosy patients known as “The Living Grave.”

I recently had the pleasure of speaking with Director Gary Kubota and Lead Actor Moronai Kanekoa. If you are interested in attending their Los Angeles premiere on October 11th, please click here.

What drove you to write a play about Ko’olau? 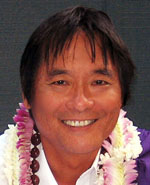 (Kubota) The story borders on myth. I liked that Ko’olau was an ordinary man, a Hawaiian cowboy, who really didn’t go looking for a fight. But he gave the authorities that had overthrown the monarchy more than they anticipated when they tried to capture him and force his relocation as a Hansen’s Disease patient. They sent scores of soldiers and deputies and a Krupp cannon to try to extract one man. The Hawaiian monarchy had surrendered without much of a fight, and here was this one Hawaiian who wasn’t about to go quietly.

What has been your greatest challenge in bringing the Legend of Ko’olau to life?

(Kubota) The greatest challenge was persuading a theatre to have a staged reading of the play. I couldn’t find any on Maui or Oahu. Once I had a successful staged reading at the Waimea Historic Theatre on Kauai, doors began to open, and we were selected to receive a grant from the National Performance Network of New Orleans.

What about Moronai convinced you that he was the right person to portray Ko’olau?

(Kubota) He had the look and sound of someone who could be a Hawaiian cowboy, and he had the script memorized in less than three weeks, and the ability to adapt quickly to directorial suggestions. It’s no small task. Moronai is a superb actor, and he’s getting better with each performance. It’s a real treat to see a native Hawaiian breaking new ground in American theatre. I’ve seen a number of one-person plays, but I’ve not seen one where audiences laugh and weep.

What made you want to be part of this play? 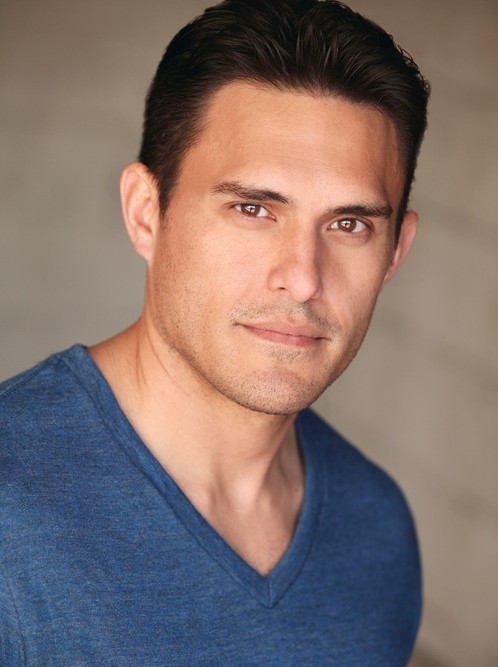 (Kanekoa) I thought it was a great story and it is very rare that I get to play Hawaiian characters (in fact, I never have) so I couldn’t pass this opportunity up. I just feel lucky that I can be a part of this.

Had you ever performed in a one-man play prior to this?

(Kanekoa) I’ve only done a 6 min one man show as part of the Acting Masters program at USC. But never one as involved as this play is. What makes this experience both challenging and thrilling is that it isn’t my own story. One man shows tend to be autobiographical and because this one isn’t my own story or my own words, it was way more difficult to memorize and find the different beats in the journey of Koolau. Regardless, it’s been an amazing experience for me and I’m excited to share it with audiences here in the mainland.

What feeling or bit of knowledge do you hope audience members will walk away with after watching Legend of Ko’olau?

(Kubota) People in the audiences have laughed and cried during performances. It’s not an easy journey, putting yourselves in the boots of a man who is experiencing the decimation of his family and Polynesian race, but I think we regain a bit of our own humanity in the process.

(Kanekoa) I hope the audience will leave with a feeling of hope. This story seems tragic in nature but for me, what I think Gary has done an excellent job doing with this play is showing that we find strength through adversity and that there is always something to hope for and fight for in life. I also hope that people will leave the theater understanding a little more about the history of Hawaii and the culture of its people.

It looks like you’re only holding one performance in Southern California – for those who can’t attend but want to support, what can they do?

(Kubota) They can friend me on Facebook to keep abreast of future tour dates, or send me their email to get on the invitation list at legendofkoolau@gmail.com