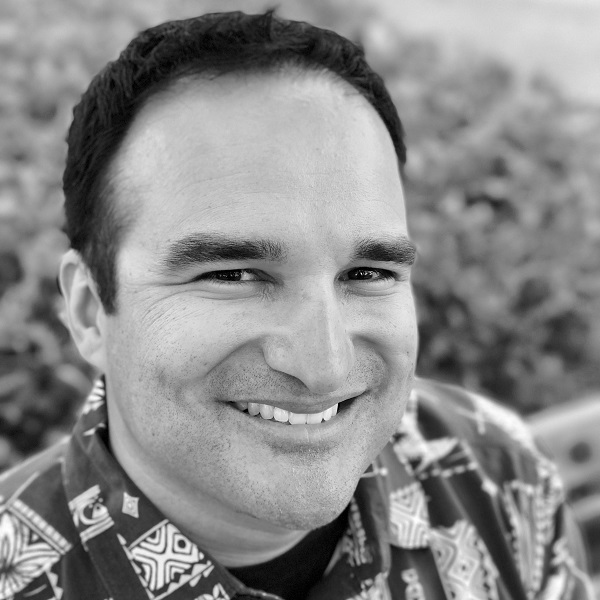 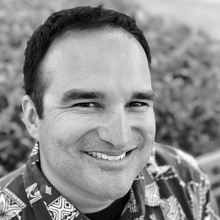 Dr. Michael (Mike) Moodian is an Orange County native with a formidable background as an educator, nonprofit leader, writer and commentator.

For readers who might not know, please tell us a little bit about yourself:
My maternal grandfather Daniel was the son of Portuguese immigrants who migrated to Hawai’i. My maternal grandmother Rose was of Native Hawaiian and Chinese ancestry. Daniel grew up on Kaua’i and Rose on Maui. They raised my mother and her siblings in the Nu’uanu area of O’ahu. My mom relocated to the mainland in the 1960s. She met my dad in San Francisco when they both worked at the Mark Hopkins Hotel food and beverage department, and they married in the 1970s. They moved to Southern California and I was born in 1976. I’ve lived in Southern California my entire life, graduating from Santa Margarita Catholic High School, where I am now serving a two-year term as chair of the school’s consultative school board. After graduating, I served as a military reservist while working full time and taking college classes part time. I eventually earned my bachelor’s and master’s degrees from Cal State Fullerton. In 2007, I earned my doctorate degree in education from Pepperdine University. In the years that followed, I have worn multiple hats as a college educator, writer, and board member of numerous nonprofit and community groups. I am a Huffington Post contributor and served as the youngest chairman in the history of the World Affairs Council of Orange County. Most recently, Gov. Jerry Brown appointed me to the 11-member California Commission on Judicial Performance. The commission is responsible for investigating judicial misconduct complaints and disciplining judges. I travel to San Francisco throughout the year for commission work. My wife Margaret and I live in Rancho Santa Margarita, CA, with our beautiful foster baby, who we will hopefully be able to adopt this year, rescue dog, and chinchilla.

Your professional experience seems firmly rooted in education, leadership and service. Do you contribute your decisions to follow this path to any thing or person in particular?
The most significant turning point in my life took place when I met my wife Margaret. We have been married for six years but have been together for close to 13. She is simply the wisest, most kindhearted, and noble person I have ever known, and my life would be markedly different had we never met. She truly has inspired me to be a better human being. I am also lucky to have wonderful parents and some fantastic teachers, professors, and mentors in my life.

Your book sounds incredibly interesting! What inspired you to learn and write about that specific topic?
My first book, Contemporary Leadership and Intercultural Competence, is a graduate textbook that explores developing and assessing intercultural competence, conflict management, and developing leadership competencies. This is a topic I have always been interested in, in large part because of my hapa background, in addition to growing up in the melting pot that is Southern California. I feel the topics the book addresses are extremely relevant in today’s polarizing political environment.

What do you consider to be the most influential aspect of Hawaiian culture in your life?
Hawaiian culture emphasizes treating others as extended family. This is one of the most amazing aspects of Hawai’i life, and I try to espouse this as often as possible.

Does your Hawaiian heritage affect your current lifestyle? In what way(s)?
I often think of the Aloha Spirit Law, which is section 5-7.5 of the Hawai’i Revised Statues. According to the law, kindness, unity, agreeableness, humility, and patience encompass the aloha spirit. I am not the most patient person, but I believe my Hawaiian heritage has influenced me to practice unity by way of loyalty to others. This is very important to me.

As a fellow Southern California native, what do you think is the most common misconception about Hawaiian people or Hawaiian culture?
There are many stereotypes about Hawaiians as lazy people who lack intellectual sophistication. Note depictions of Hawaiians in the original Hawaii Five-O series as one example. In reality, the ancient Hawaiians for centuries were a self-sufficient people. Our ancestors were expert hunters, fishermen, farmers, and builders who relied on no outside help despite living on an isolated archipelago. Hawaiian mythology is as magnificent and complex as Greek mythology. Kamehameha the Great is one of the most brilliant military tacticians in history. Kanawai Mamalahoe, or the Law of the Splintered Paddle, has influenced international humanitarian law. The Native Hawaiians’ demise is the result of a series of events beginning with James Cook’s arrival in 1778 to modern-day opposition to initiatives such as former Sen. Daniel Akaka’s efforts for Native Hawaiians to receive federal recognition similar to Native Americans and Alaska Natives. Our people’s plight is partly a result of colonization, corporate greed, trusting supposed allies, and 20th century cultural suppression.

How have your personal successes impacted your view of the “lazy, laid-back Hawaiian” stereotype?
I believe the “lazy, laid-back Hawaiian” stereotype exists because of the relatively slower pace on the islands. Many of my Hawaiian family members who relocated to Southern California or Las Vegas have acclimated fully to the mainland lifestyle. My Hawaiian mom has one of the strongest work ethics of anyone I know. I believe it rubbed off on me.

What is something about you most people would be surprised to learn?
I tend to be curious about everything and someone who is always learning. For example, before I met my wife, I didn’t have much interest in the fine arts. Then we went to the Getty and Norton Simon Museums together, and my interest piqued. In the years that followed, I became fully immersed in the Southern California arts scene, attending lectures as often as possible and viewing all the major exhibitions. I used not to care much for the performing arts, then my wife took me to some performances, and now I buy season seats to South Coast Repertory for us each year. I am also one of a small number of South Orange County historians, releasing a book on the ranch heritage of South Orange County and North San Diego County in 2010. In short, people are often surprised by my varied interests.

How do you stay connected to Hawaiian culture?
First of all, I travel to the islands at least once a year. My nieces, nephew, and grandnephew—all of whom I am close with—live on O’ahu. My grandparents and many other relatives are laid to rest at Diamond Head Memorial. When I travel to O’ahu, my nephew Kepano, who is halfway through a Hawaiian studies degree, and I hike to various ancient sites on the island, including numerous heiau, petroglyph locations, and other sacred areas such as the Kukaniloko birth stones and Ka’ena Point. I also visit Bishop Museum and Na Mea Hawai’i and try to learn as much as I can about Hawaiian history. Kepano and I often have long conversations about the Kingdom of Hawai’i’s political and legal systems.

Favorite place to dine in SoCal?
Margaret and I love Gabbi’s Mexican Kitchen in Old Towne Orange. Juan and Horacio are like family members to us. A close second would be South of Nick’s in San Clemente. In the past, when I would arrive in Hawai’i, I would first stop at the nearest Foodland and buy poke. However, there is poke everywhere in Southern California now. My favorite is Wow Poki in San Juan Capistrano.

…and what menu item do you recommend?
At Gabbi’s, any of the tacos on the menu.

Favorite place to play in SoCal?
There are so many. You can often find me at Salt Creek Beach, Dana Point Harbor, Laguna Beach, San Diego, or Downtown L.A. I suppose Salt Creek tops the list.

Favorite Pacific island to visit?
I know that the other Hawaiian Islands are less developed and more beautiful, but O’ahu will always be like a second home to me. My mom grew up there, and I still have family members there. It’s hard to explain, but there is a connection I feel to the land—almost a spiritual tie—that’s not there when I travel somewhere such as Columbus, OH. Nothing against Columbus. It’s a lovely place and hometown of former heavyweight boxing champion James “Buster” Douglas. There is this deep-rooted connection I feel when hiking to Ka’ena Point—a place of immense significance to Hawaiians because it is considered the departing point for our relatives who have passed—or hiking through Nu’uanu Valley, where the beginning of the conquest of O’ahu took place. Pearl Harbor is also of personal significance to me because my grandfather worked at the site and survived the Imperial Japanese Navy attack.

Favorite island meal?
The furikake tofu sandwich at Uahi Island Grill in Kailua is my favorite. For breakfast, the omelet sandwiches at Zippy’s. I also like the saimin at Shiro’s Saimin Haven in Aiea. The place is an old-school diner that hasn’t changed much throughout the years. I love that. When my wife and I go out for an upscale, romantic dinner, we like House Without a Key at the Halekulani Hotel.

Favorite island snack?
Spam musubi, of course. Also kulolo and liliko’i butter mochi, both of which I purchase at the Windward Mall Farmers Market. 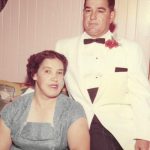 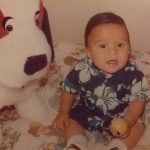 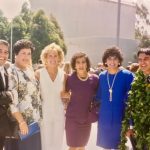 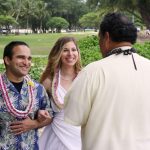 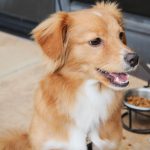 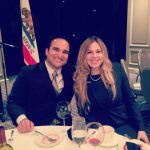