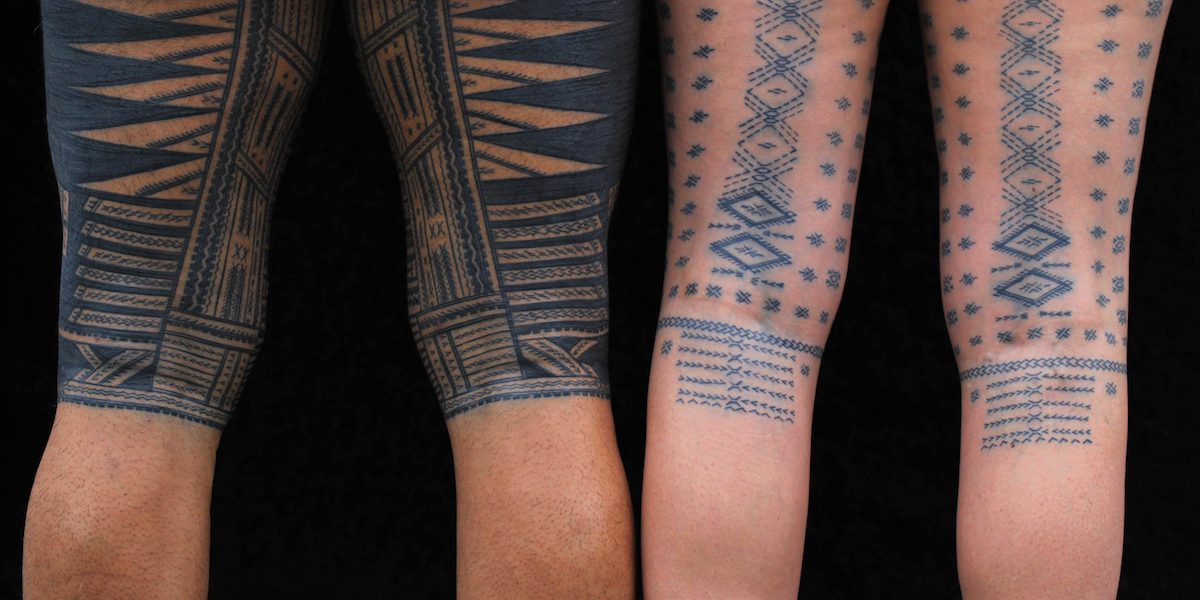 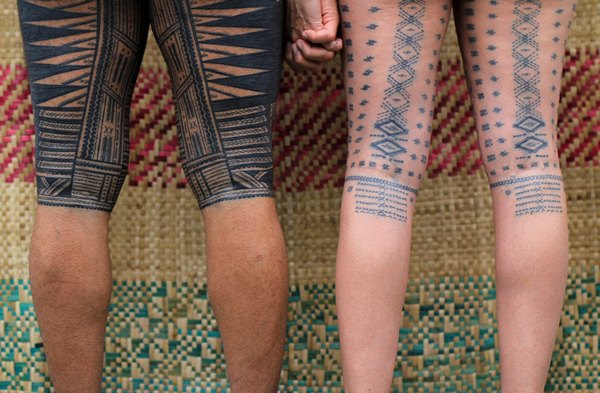 While browsing Instagram I came across this photo of two people with traditional Samoan tatau, the male on the left displayed his malofie and the female on the right showed her malu.

But it was the story behind this photo that intrigued me and gave light to a culture within a culture…the tradition of tatau, and the people who perpetuate their heritage through this form of art.

Written with grace, simplicity and respect, Timena Apa shares her perspective and lessons learned surrounding her mother receiving her malu.

“My Mother’s Malu” by Timena Apa

“My mother, a palagi, accepts the gift of the malu. A tatau to match her husband. A magnificent pair. A woman who married Samoa 25 years ago, a country that embraced her with open arms. A land that chose her bones to bear it’s children. Some will argue that a palagi is not fit to wear it, but who are they to question her heart for Samoa, her heart for her husband, her heart for her children? The right to wear a malu is not indicative of blood or skin tone, it is a matter of spirit, and the spirit of Samoa dwells within her, always.”

These were the words I posted to my Instagram account last month, accompanied by a photo of my mum getting her tatau. The reason I posted this was an attempt to justify my mother’s actions. Explain to those who didn’t understand or agree, the reasons why she, a non-Samoan, was receiving a traditional Samoan tatau. Admittedly, my intentions were somewhat desperate, not to mention selfish. I needed to ensure that people wouldn’t judge her. I had to defend my mother. In retrospect, this was fatuous. I shouldn’t have needed to justify her malu to anyone, so why did I feel so compelled to? 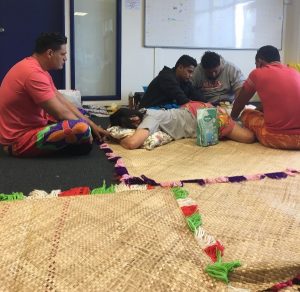 When my Mother first told me she was getting a malu, my immediate response went something like “Why? You’re not even Samoan? That doesn’t make sense”. I was so confused and truthfully, annoyed. How ridiculous. This reaction I assume, is not uncommon, and I’ll admit that I’m embarrassed and ashamed that I felt that way. After much conversation with my family and the tufuga (tatau artist), I became aware that my response was fed by ignorance. I knew nothing about Samoan tatau, other than how beautiful it looked and how proud I was to say it belonged to my culture. In reality, I am your classic Afakasi, who lost the language of Samoa at age five. Despite my slow efforts to climb back into my culture, I still scrape the barrel when understanding Fa’a Samoa. So what leg did I have to stand on when questioning my mother’s decision? 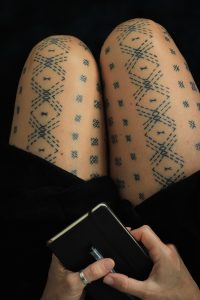 What I have learnt is that traditionally, “Malu” derives from both the word “Fa’amalu” which means to protect or shelter, and the word “Mamalu” which means sacred. Historically, when a woman was given a malu, she was seen as a protector of the village, a person who would shelter the family from harm. Over the years, the meaning and significance has warped and evolved, like most things do.

The Christian religion has caused many of the older generation to believe that the tatau is not of God. Many Samoans are still fiercely protective of the tatau and would say any non-Samoan is undeserving. There are so many reasons to dispute a palagi receiving a Samoan tatau, but all of these reasons can be rebutted with equally valid arguments in support of it.

The Malofie taught me more about pushing my innate perceptions to the side and allowing alternative content to take a seat. You don’t have to let a new idea bolt itself permanently in your mind; just give it a chance to convince you.

Like anything, subjectivity is important. In my case, my mum has been married to a Samoan matai (chief) for 25 years. She has three afakasi children and she lived in Samoa for a year when she was ten years old. 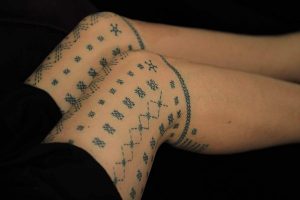 But should I have to explain this to validate her malu? To some extent, yes. I think it’s pertinent that there is reasoning behind action. Anything that touches on cultural affairs these days requires investigation and explanation. At the same time, I just want to post a picture of my palagi mum and her malu, without explaining why she has it. I want people to use their initiative to unravel and appreciate things for themselves. But is that too much to ask? And, whose job is it to try and offer an alternate perspective? Mine? Yours?

All I can say is this; my mother was my first home, my earthly creator, my fierce protector and my unwavering shelter. Everything about the malu and its meaning describes my mother. When I see it on her skin I am reminded of everything she is. The malu gives as much to my mother, as she gives to it. She is married to her malu, and I think Samoa has waited patiently for 44 years to give it to her.

I thank the malu, and I thank Samoa for teaching me this.

Many thanks to Timena for allowing me to share her story!